Inside the House that Built Detroit Hustle, Part 1

Ever dreamed of fixing up a Detroit mansion?

"The house is a 3,000-square-foot box of fuckedupedness. It has no plumbing. No electricity. No heat. And I don't mean it's just missing a toilet or a boiler. There is essentially nothing left inside the walls. Every pipe, every radiator, every wire is stripped. Every door is missing. Every light fixture is long gone. There is no water heater, no furnace. There are no kitchen cabinets or sink. No stove, no refrigerator. What we have is a pile of bricks with character." (Amy Haimerl, Detroit Hustle*)

Amy Haimerl and her husband Karl Kaebnick bought the 1914 Georgian Revival home in West Village in 2013 for $35,000. The renovation that followed, which totaled around $400,000, has been documented in the book Detroit Hustle: A Memoir of Love, Life, & Home, released this week. We took a tour of Amy and Karl's home and discussed what it took to bring it back to life. 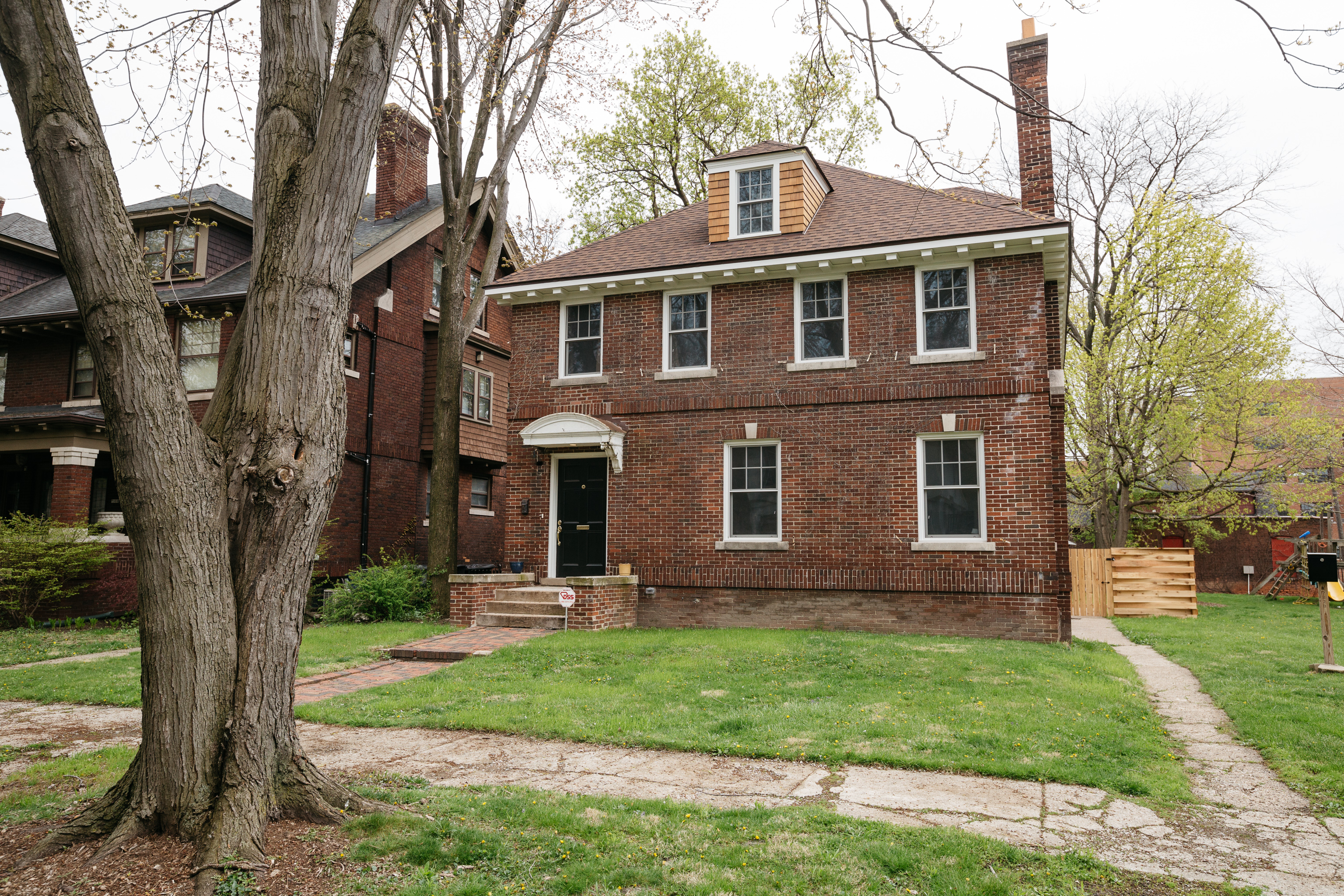 They never intended to buy a house that needed a big rehab. But when Amy's fellowship at the University of Michigan ended, they needed to make a decision of where to go next. They could go back to Brooklyn, where they saw rents skyrocketing and Hurricane Sandy desvastating their old neighborhood. They didn't want to stay in Ann Arbor. But they were lured by the city and the lower prices in Detroit, and looked for a home in a neighborhood where they could walk to local shops and find a close-knit community.

The West Village house came by chance. Amy and Karl had searched around, but couldn't find the right house yet. Amy had started working for Crain's and went to an entrepreneurship gathering at Cliff Bell's. She mentioned she and her husband were looking for a house, and someone mentioned the West Village house they grew to love (and we also featured way back when).

When they initially looked through the house, which she describes above, they saw a giant white cat on the roof (who has since been adopted and named Jack). When they were touring it, a street light came on. And in a city without a lot of light, especially at the time, they saw it as a sign. Amy says Karl describes it as "knowing when you meet the one." They bought the house in June 2013.

They moved in January 2014 and committed to urban camping while the rest of the house was completed. At that time, they could run water in their bathroom and cook from the kitchen sink. They lived in the master bedroom for months, then set up in the guest bedroom. They nicknamed the house "Matilda," after the Tom Waits song "Waltzing Matilda."

They were lucky in that the floors were original and just needed refinishing. Instead of the bathtub on the second floor, there was basically a hole through the ceiling.

In total, 42 windows needed to be replaced. The interior had no doors. The doors and trim throughout the house came from the First Unitarian Church of Detroit, which was scheduled to be demolished, but burned before it could be. The trim from the church that lines the walls was one of the splurges they made in the renovation. 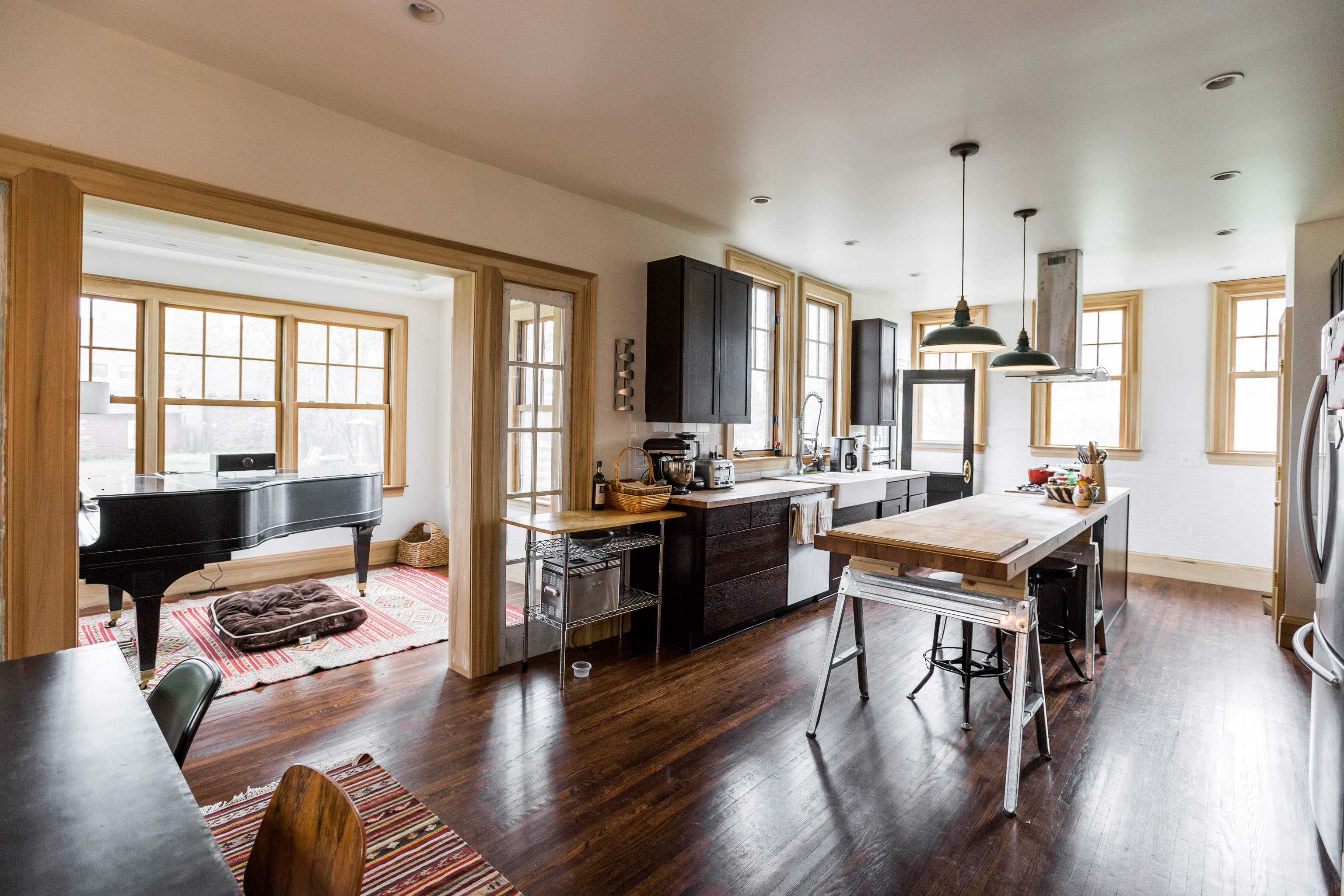 This kitchen used to be many rooms, and the sun room could have easily been torn down.

The kitchen as it was consisted of many small rooms, which made no sense to the new homeowners. Since, they’ve opened it up and combined it with an open dining room for entertaining. The kitchen isn’t completely done yet, as the island is being held up by two saw horses, but it works.

One of the most meaningful rooms in the house is the sun room, which was falling off when they bought the house. They considered tearing it down, as they did with the porch adjacent to it, which had termite damage. But after their heroic contractors, Cal and Christian Garfield, saved it, the room now houses Karl’s piano (Karl is a jazz pianist). The house was formerly owned by composer and songwriter Arthur Herzog, who wrote "God Bless the Child."

As it is now, the walls need to be painted and the attic finished. Amy says the attic will keep a fairly rustic look, but she’ll refinish the floors and throw a coat of paint on the walls. The garage in the back still needs to be redone, but that project, at this time, is a few years down the road. 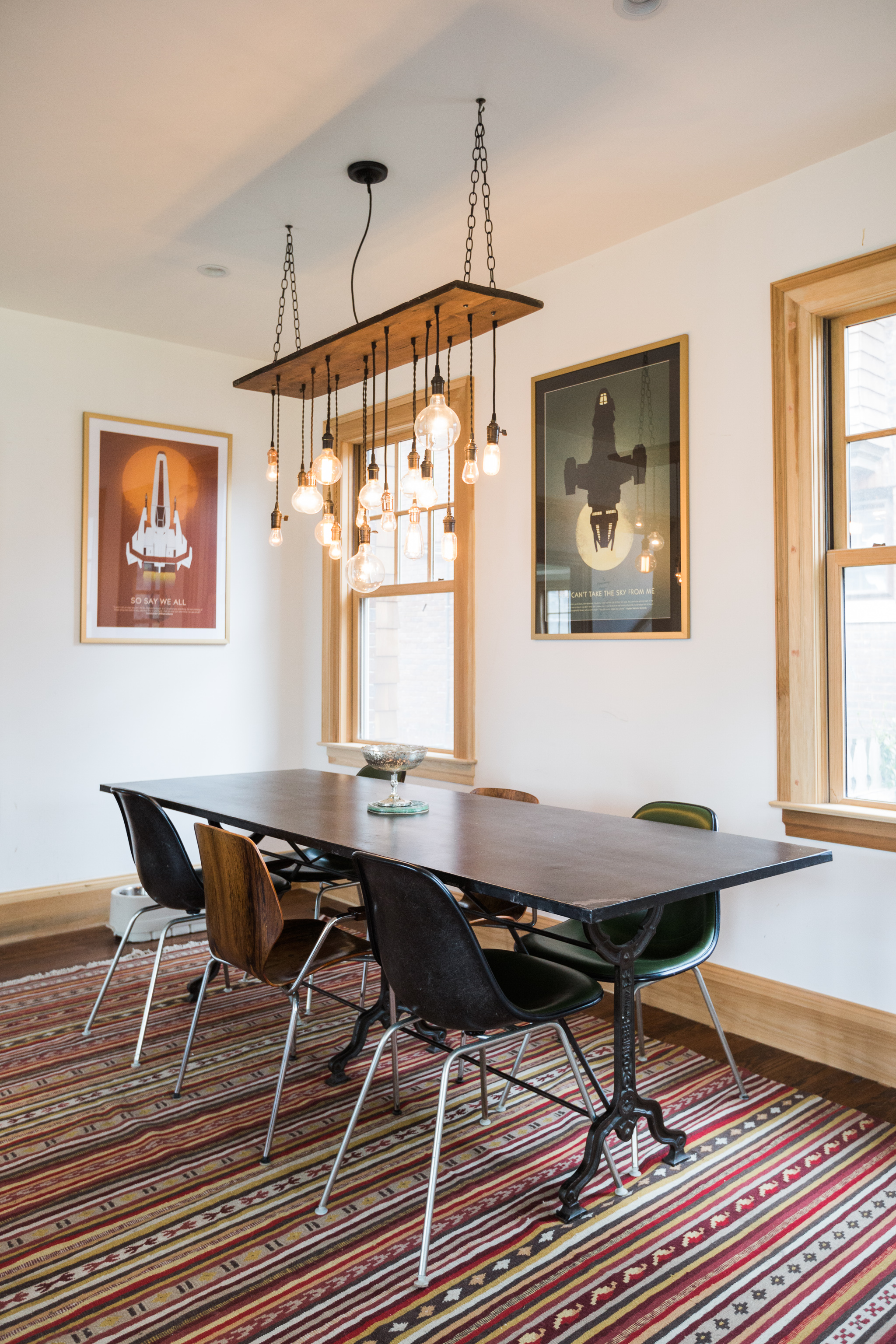 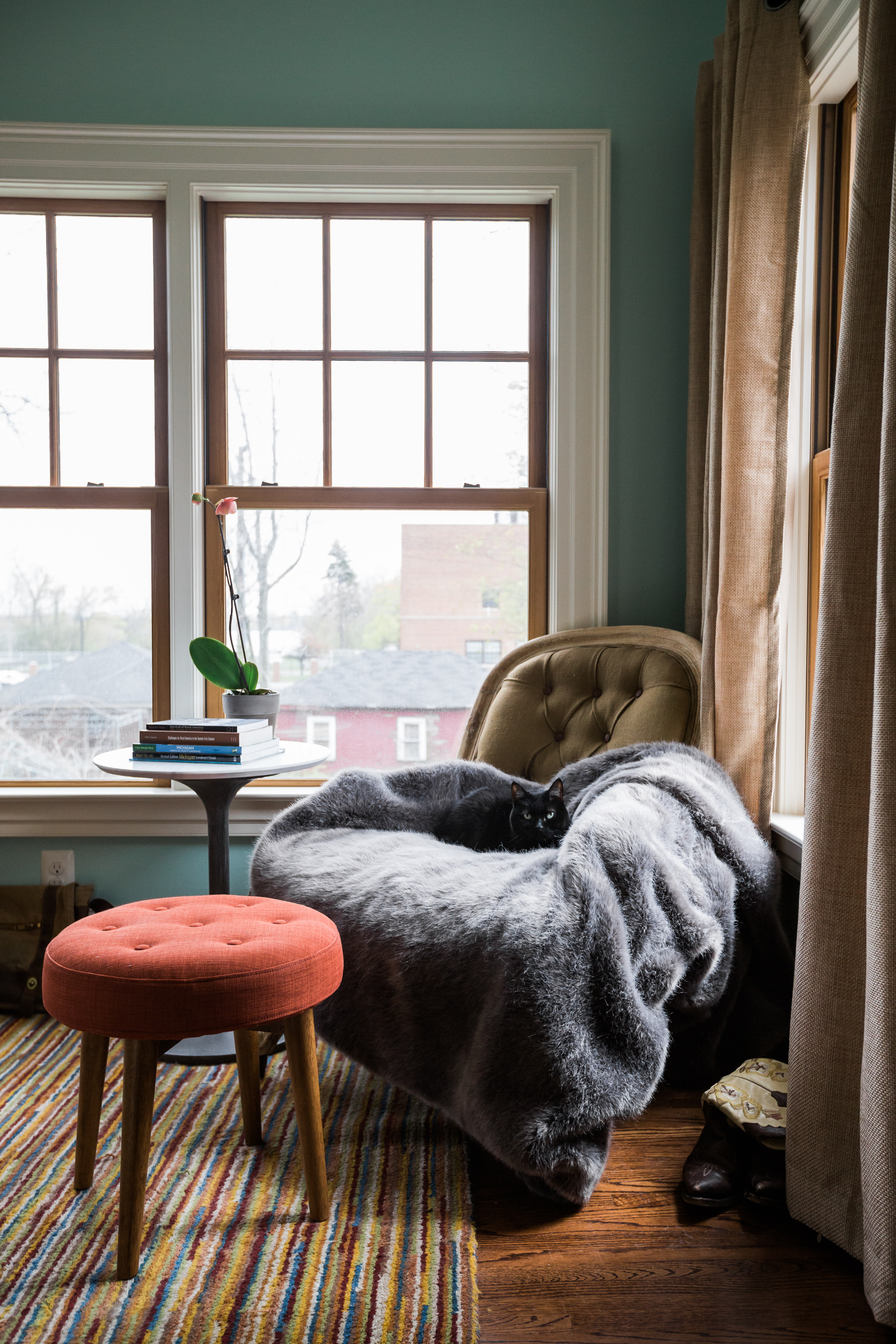 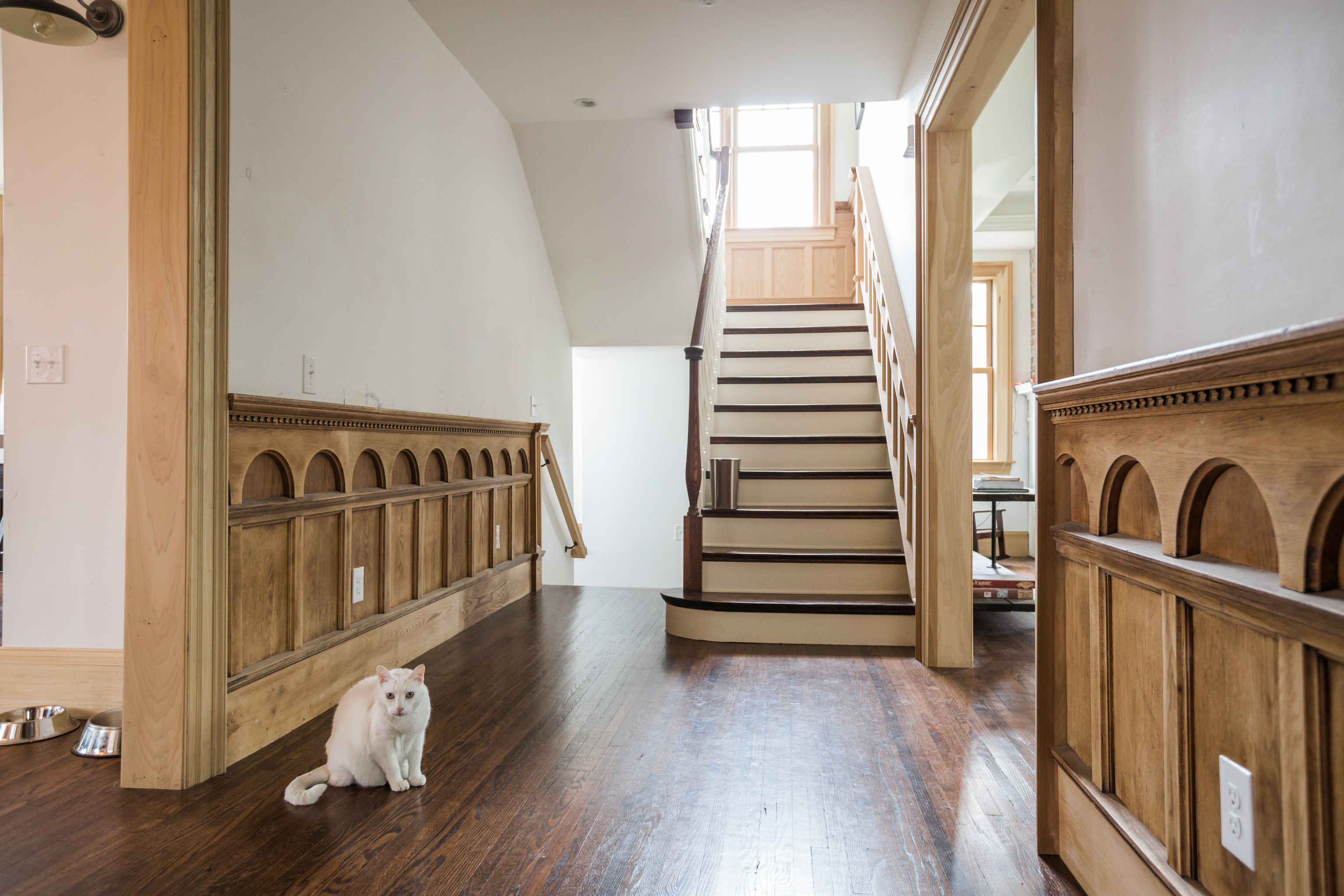 The couple doesn’t sugarcoat the financial aspect of the story (we’ll cover this more later this week). While some gasp at the amount put into the house, Amy says that they aren’t flipping the house. They aren’t investors looking to sell. They committed to a full historic restoration and bought a home. "This is where we’re going to live," she says. "I feel like it was a smart decision."

And last summer, the house was re-appraisd for $300,000, more than they could have dreamed when they first walked into Matilda in 2013.

*Excerpt from "Detroit Hustle" used with permission by the author

15 renovation apps to know for your next project

Renovation Week Recap: What You May Have Missed This Week

View all stories in Renovation Week