How do we get more businesses to open and residents to shop in Detroit? Mayor Duggan announced a proposal this week that he hopes will revitalize many of the city’s commercial corridors. The plan—which will go to city council—would take $125 million in bonds to fund the revitalization efforts.

According to a city press release,

“Approximately $80 million of the bond revenue would fund major infrastructure improvements along the city’s key commercial corridors, such as Livernois-McNichols, West Vernor and East Warren. The other $45 million will complement existing road funds to improve 300 miles of city roads and replace hundreds of thousands of broken sections of sidewalk across the city. Corridor improvements would include landscaping and reconfiguring traffic lanes to add bike lanes, improved street parking, and in some cases wider sidewalks to allow for outdoor café seating.”

As an example, here’s what McNichols could look like. 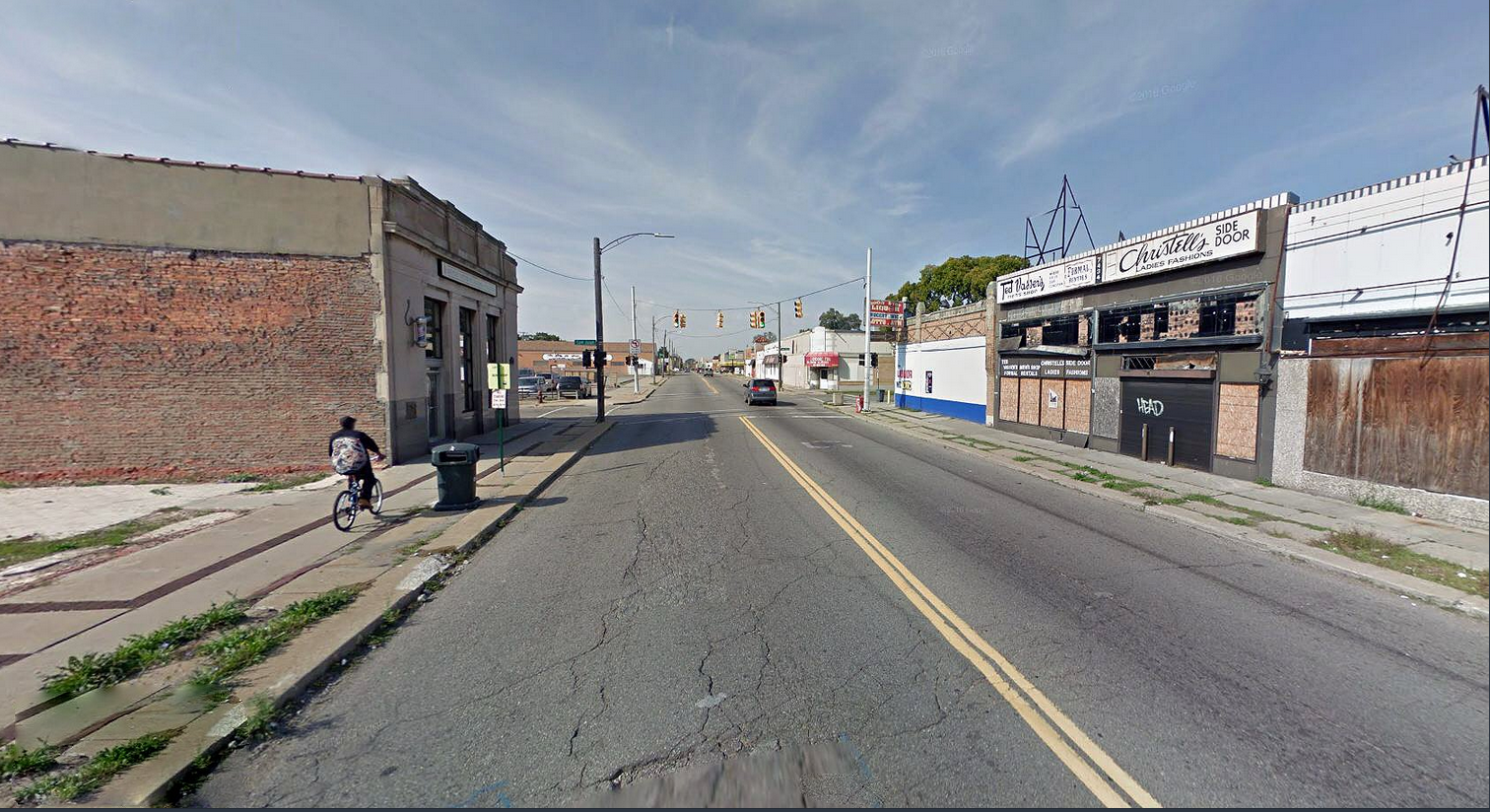 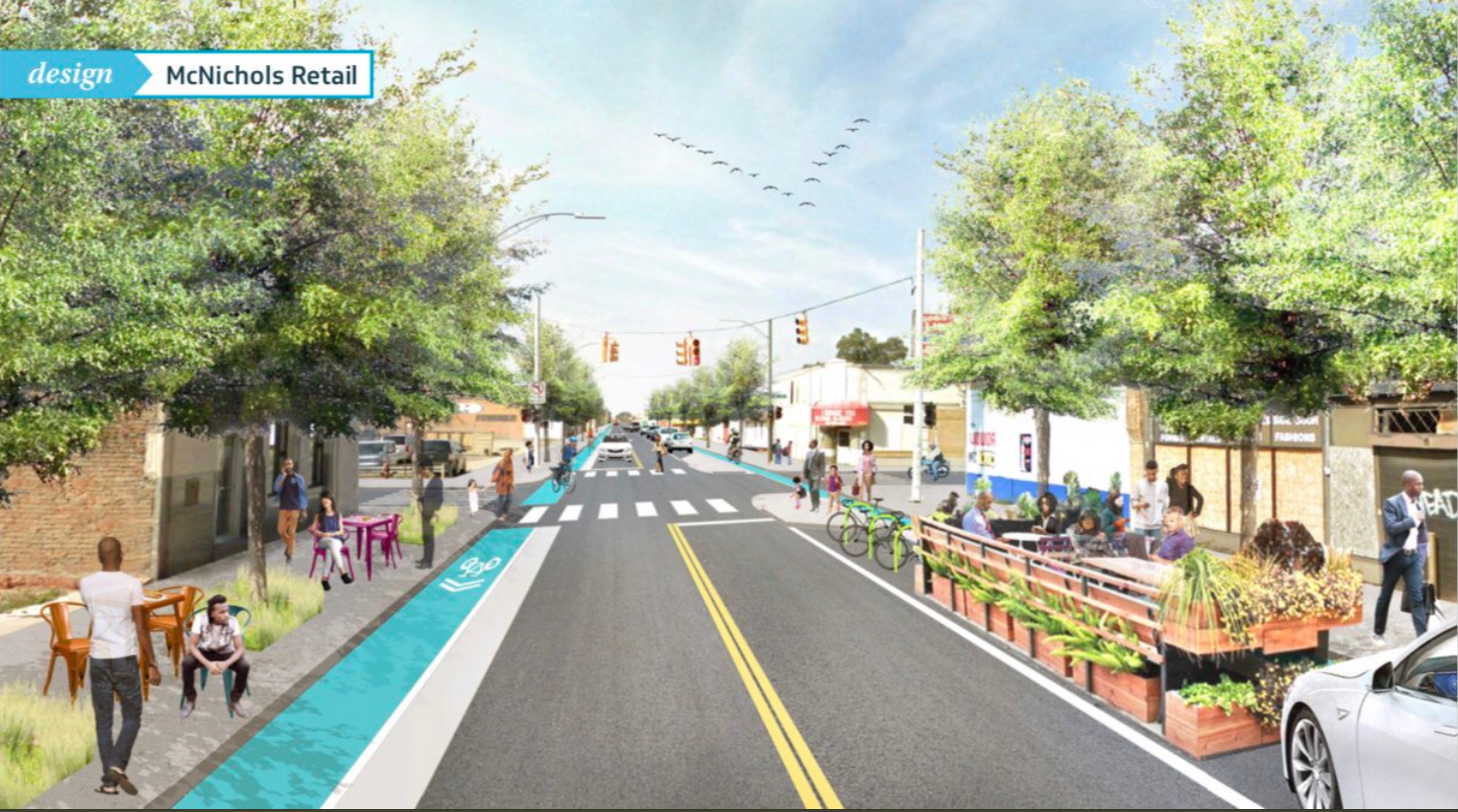 The city hopes to recapture up to $2.6 billion that’s lost by residents choosing retail outside of the city. They’re also hoping this plan will offer more construction jobs in the city.

Neighborhoods that will see improvements are all over the city, and include Southwest, Islandview, Livernois/McNichols, Northwest, and Russell Woods.

They hope to begin the improvements next spring, with the first done by 2020 and all completed by 2023.

Next Up In News