Inside an elegant penthouse atop the Book Cadillac

Last year, we were somewhat shocked to see an unfinished Book Cadillac penthouse sell for $1.2 million. At the time, Jerome Huez of the Loft Warehouse told us that the new owner wanted to turn it into "The most stunning condo in the city." We recently toured the three-level, 4,500-square-foot penthouse on floors 29-31 with 360-degree views of the city with Huez and the new owner. 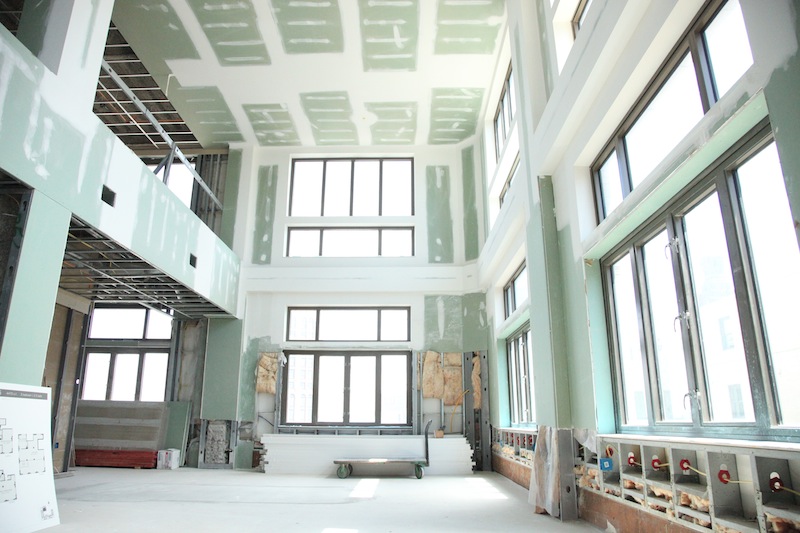 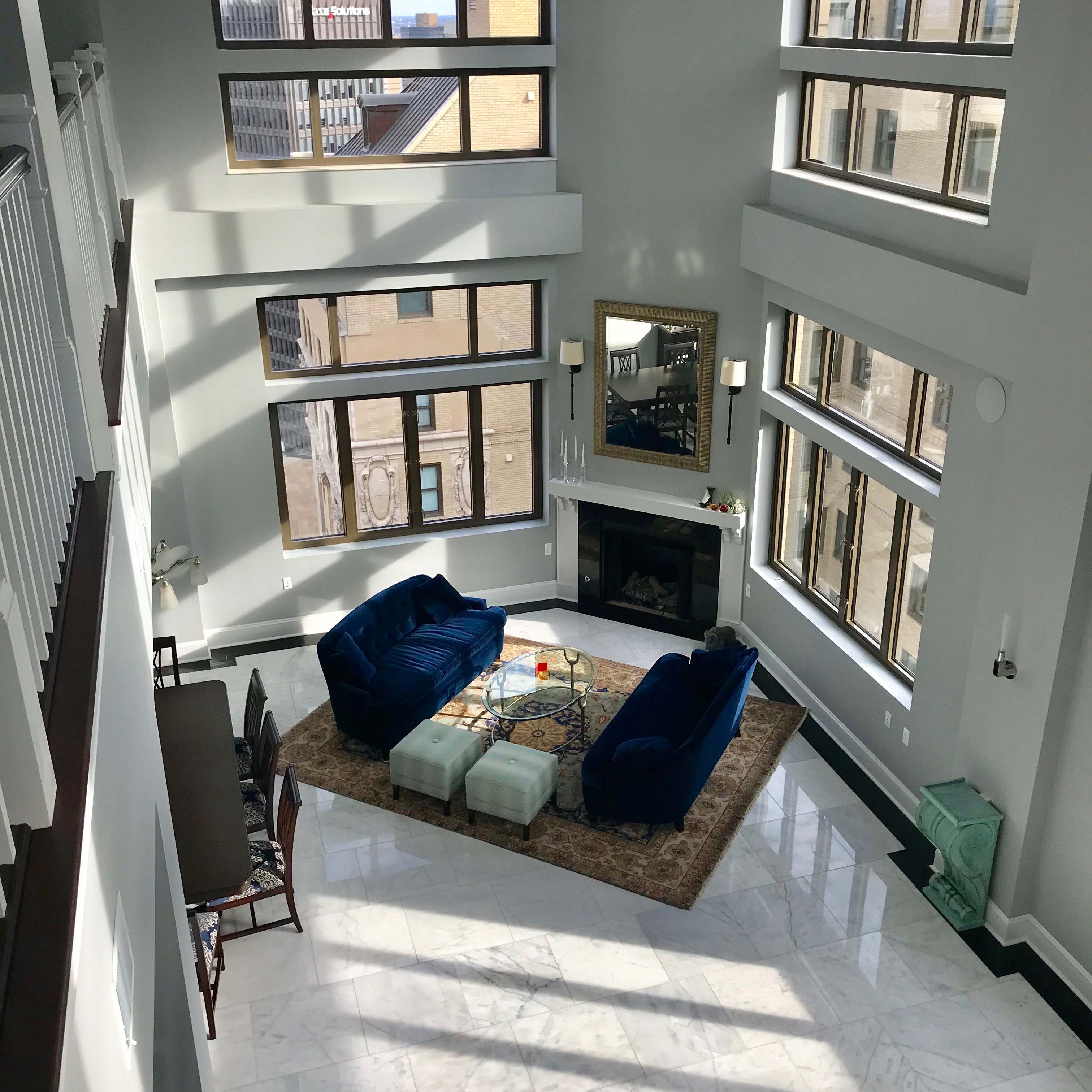 The new owner, who chooses to remain anonymous, actually saw the penthouse years ago in its unfinished state when she attended a charity event at the hotel. She saw it again about four years ago, and on the third visit two years ago, she decided she wanted to go for it. She said it took about six months to get the financing in place to cover the condo and the renovation. She closed on it a year ago and since, has sold her larger home in Bingham Farms. She worked with local design firm RL Concetti on making it her own and moved into the space in early November.

Early in the process, Rachel A. Nelson and Lauren N. Delaurentiis of RL Concetti sat down with the new owner to collaborate on the overall design concept. The new owner wanted to draw from European Art Deco influences, which was a natural fit for the building. They had incredible architectural elements, such as the arched windows with skyline views, to work with throughout the space. These windows are located throughout the home, but notably in the master bathroom, where a free-standing tub sits to soak in the view.

With the owner’s preference for Art Deco design, RL Concetti chose a classic flooring to showcase dramatic elements in the space. “Instantly we knew black and white marble needed to grace the floors and walls of the space, making the perfect backdrop for a bold pop of color such as deep blue velvet sofas flanking the fireplace.”

In working to create a space that had classic design with modern amenities, some architectural design decisions had to be made. RL Concetti says, “For example, the once hidden kitchen area, now has a grand arched entrance that creates a focal and makes it feel much more like the rest of the open space.”

The main three-level living space is highlighted by a corner fireplace and huge windows overlooking the David Stott Building and the rest of downtown. From other windows around the home, you can see the Ambassador Bridge, the Book Tower, the sports arenas, and the Ren Center. More before photos can be found here (FYI, they actually found newspapers from 2010 from when the contractors left the space unfinished). For now, here’s a look around this gorgeous space overlooking Detroit.

The Residences At The Westin Book Cadillac