The Third Precinct is open once again

Last fall, we visited a prominent building on Gratiot mid-renovation. The former Third Precinct sits on a corner that has views of downtown, Eastern Market, and east down Gratiot. The new owners, Matthew and Kevin Morin, had plans to move their company Macro Connect into the second floor, while converting the first and third floors into a new coworking space. The transformation is finally complete and they’re welcoming new workers into the space.

We stopped by to check out the changes.

It should be noted that the renovation isn’t 100 percent done; some details including doors and some prominent windows are almost ready. The harsh winter extended the renovation, although the timeline is still impressive—Morin closed on the sale one year ago this weekend. In that time, they’ve learned a lot about the building, cleaned out relics from the colorful previous owner, and creatively solved renovation problems along the way.

The first floor coworking space is open, with tables made out of doors in the middle, couches on the side, and private offices. When we visited in the fall, the room was still cluttered with old desks. 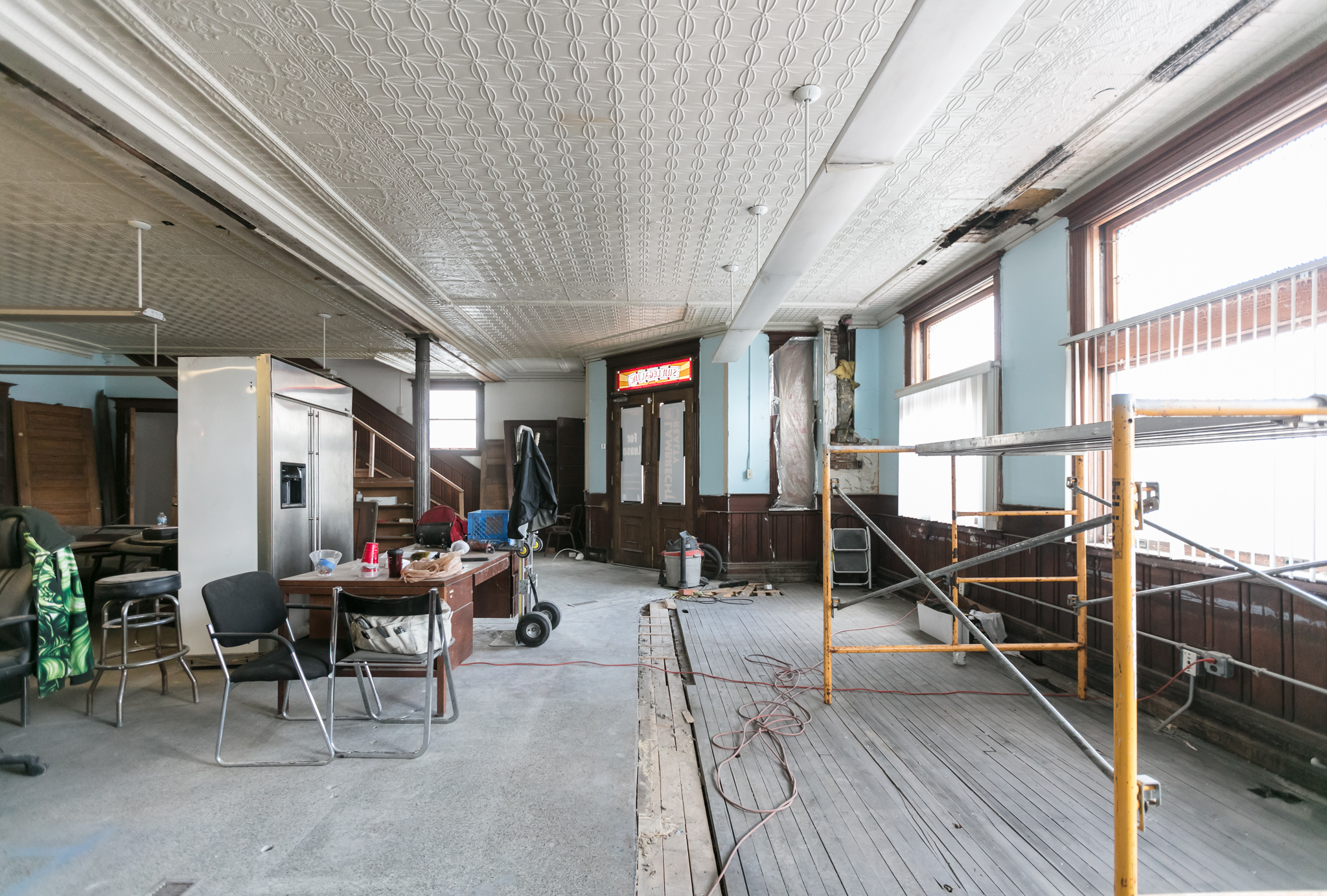 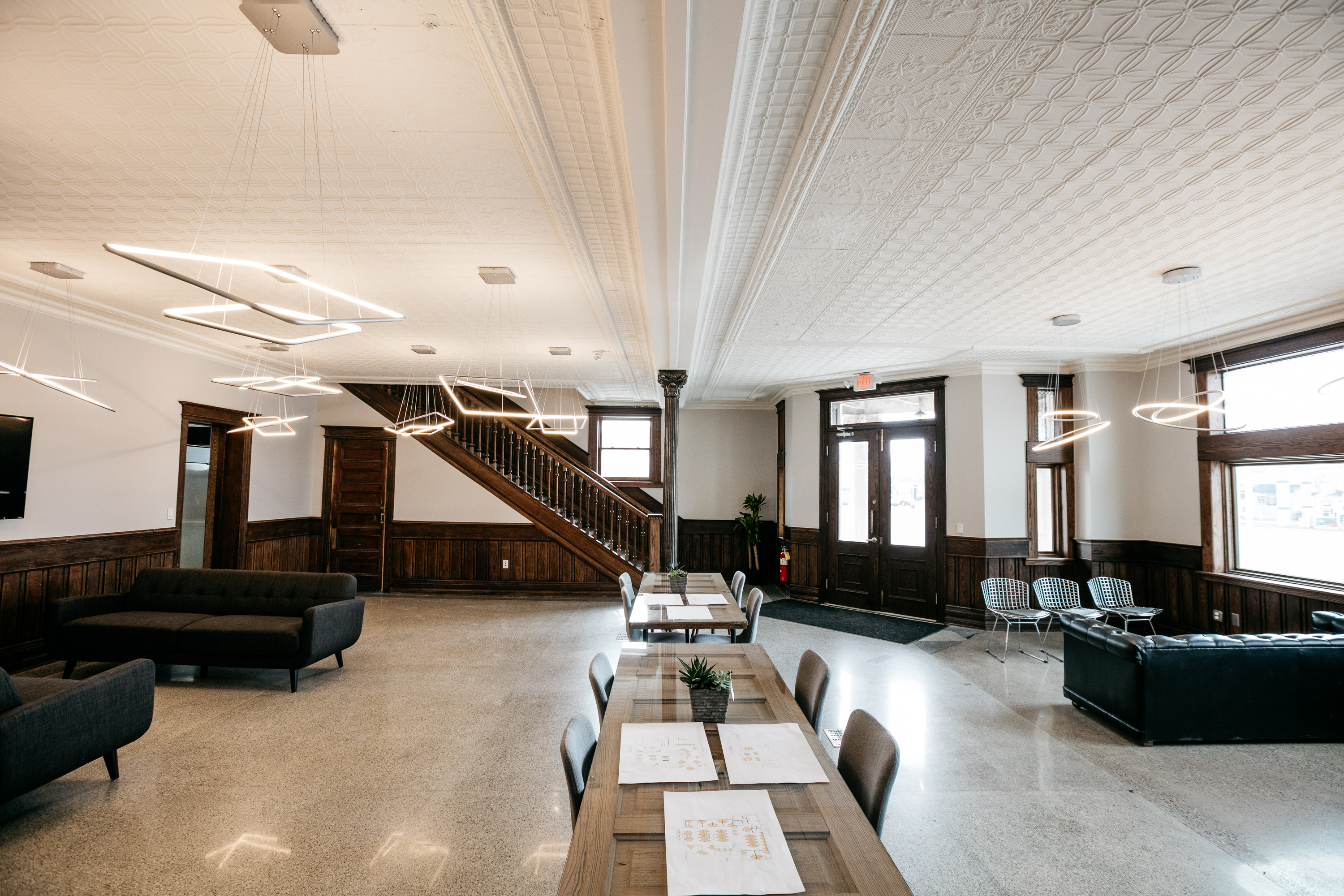 The gorgeous ceiling didn’t need much work. They made some repairs and added many layers of paint.

A hallway that commemorates the history of the building leads to rooms with dedicated desks, small booths (doors to come) for private conversations, a kitchen, and future conference rooms.

Carl Nielbock of C.A.N. Art Handworks helped on many aspects of the project, including the interesting doors with bars seen above. The dedicated desks were built from pallets in the building’s garage by handy Macro Connect employees. Kim Corera of Kimberly Designs led the design of the offices, integrating traditional police station colors throughout the space. The carpeting on the staircase is new, but looks like it fits right in at an old police station.

The second floor holds the offices for Macro Connect, and the company has fully moved in. They shared a special gift they received from a woman who had often passed by the building. She’s been coming by the building for years, taking casts of the shields on the facade and making clay badges for families of fallen officers. She stopped by one day while they were working, and she came in for a tour, saying it was the best thing that ever happened to her. She later brought a badge to the team as an office warming gift.

If you remember from last time, the third floor has a basketball court. That’s still there, with a wide open space for events. Private offices are located on the sides, with some floating desks near the window. They might add more desks to the space as they determine what the demand might be. One of the upstairs offices still holds the remnants of long-ago target practice. 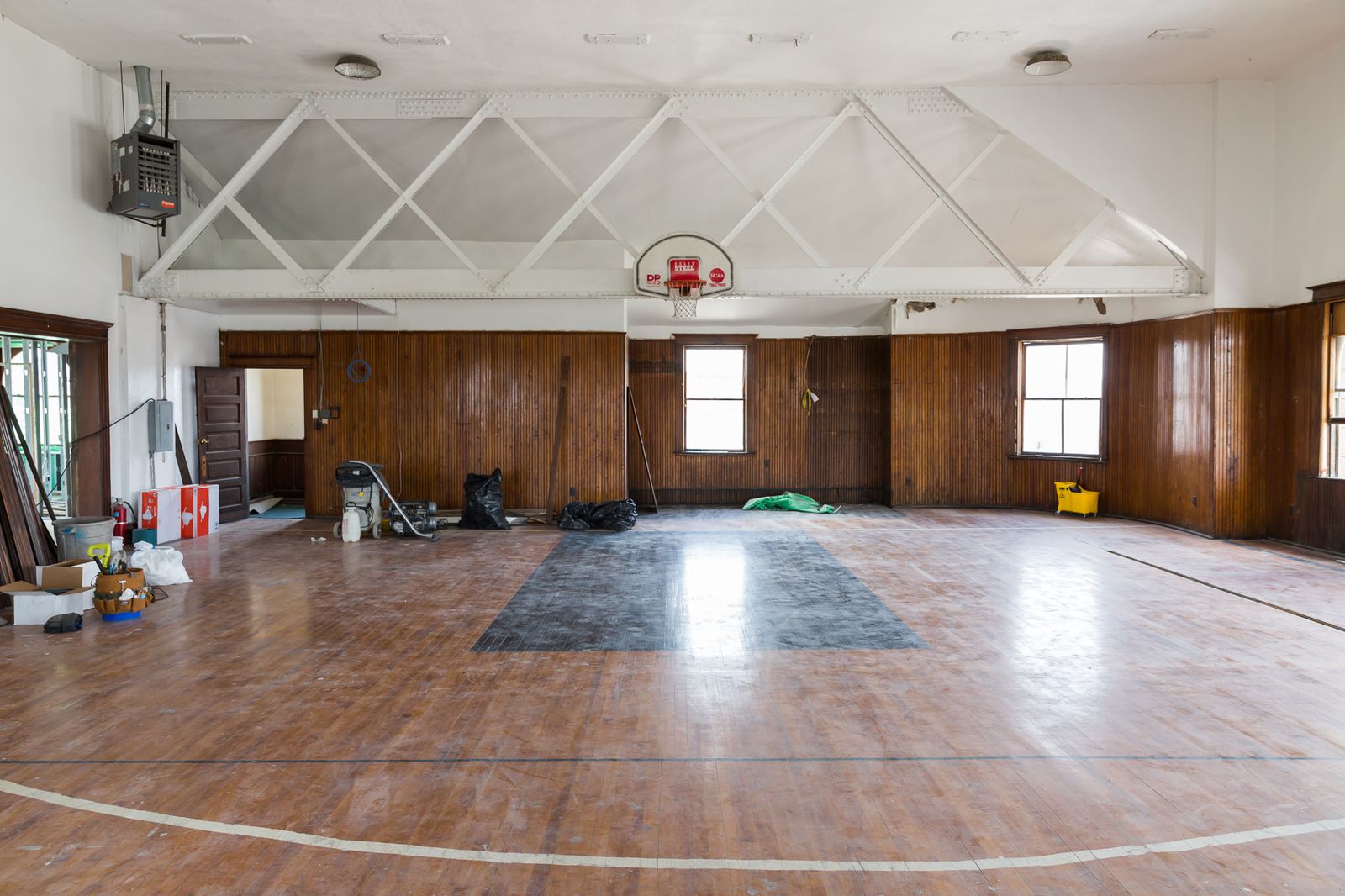 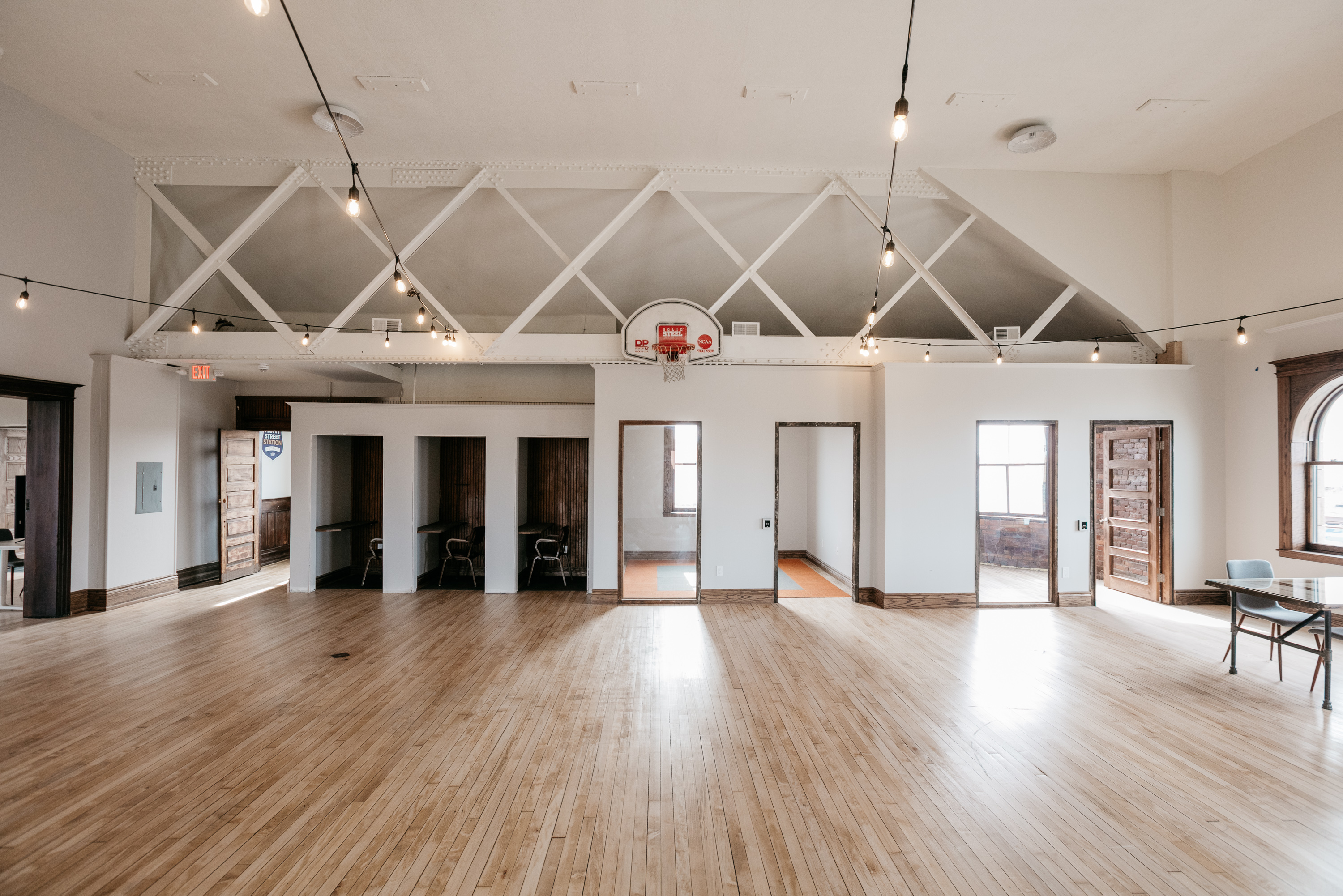 Morin says much of the wood from the original building has been repurposed throughout the work spaces. He says the biggest challenge of the renovation was not knowing everything that was going to happen. “Creativity was critical to the project,” he says, as they were constantly confronted with design challenges, including uneven walls, rounded windows that needed new framing, and very cold temperatures this winter.

“The building will tell you what to work with,” he said.

They’ve held a few events so far, and visitors have appreciated the history of the building. With a variety of coworking space available in the city, this building offers a quiet, historic environment with similar prices to others. They’re hosting an open house next week.